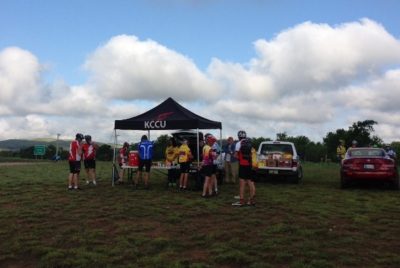 Listed in Arts, Entertainment and Recreation

KCCU-FM began broadcasting in 1989 as a non-for-profit, educational station licensed to Cameron University, providing the Lawton-Ft. Sill and Duncan areas with classical music. As the station's support and reputation grew, programming expanded to include jazz, variety shows and National Public Radio news.

Over the years, KCCU has added full-power stations in Altus, Ardmore, Clinton/Western Oklahoma and in Wichita Falls, Texas. KCCU also added a translator in Chickasha, Oklahoma allowing us to cover an area stretching from Sayre in Western Oklahoma to Gainesville in North Texas.

KCCU is a department of Cameron University, and provides Cameron broadcasting students with learning opportunities. Our lab-students produce thousands of free Public Service Announcements for area non-profits each year, helping to spread the word about the many charitable organizations in our area. A new project featuring a student-produced news program is set to unveil in 2017.

There are no reviews yet.