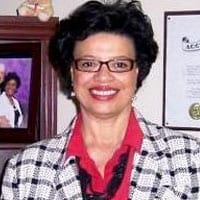 Listed in Accounting and Tax Preparation

Rhonda Little has been the owner operator of her own business for 34 years.  During that time she trained and supervised more than eight other preparers, while filing as many as 800 tax returns each year for individuals, corporations, partnerships, estates and trusts.   Rhonda has been in business during two major overhauls of the tax system.

In 1984 she passed the enrolled agents exam and in 1994 she passed all four parts of the CPA exam on her first attempt.  She has provided audit assistance for tax clients as well as non-profit organizations.   Ms. Little speaks Spanish and reads French.

Because of practicing in a city with a large military base, her office became familiar with preparing returns for all states in the USA , as well as preparing tax returns for those who work as expatriates and resident aliens.

Her motto is, get it right the first time.

There are no reviews yet.