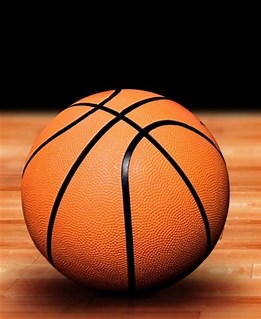 Starting 5:
1. After missing out on the Lone Star Conference postseason a year ago, the Aggie women’s basketball team is back in the tournament for the sixth time in seven years; CU is just 1-13 all-time in the Lone Star Conference Tournament.
2. Senior Ava Battese is no stranger to the LSC Tournament, in fact she, fellow senior Amaka Nwakamma, and junior Jazmin Luster are the only Aggies to have played in a conference tournament game; in the 2018 LSC game against A&M-Commerce, Battese went off for 29 points with seven triples.
3. Cameron sophomore Maighan Hedge notched her 15th 20-plus point outing in CU’s loss to Eastern New Mexico last Thursday; the Melbourne, Australia native is second in the LSC with her 19.9 points per game and her 557 points this season are fourth most in program history.
4. Like Cameron, the St. Mary’s Rattlers enter their first ever LSC Tournament on a two-game losing skid after falling to St. Edward’s in overtime last Saturday, despite outscoring the Hilltoppers 27-7 in the fourth.
5. StMU junior guard Soteria Banks is fourth in the LSC with her 17.0 points per game and has a streak of five-straight games scoring in double-figures including a 19-point, 14-rebound double-double against SEU last week.

Last time out:
Cameron had a difficult last game of the 2019-20 regular season, falling 80-46 to No. 25 West Texas A&M on the road. Cameron got off to a hot start by going on a 10-2 run to open the game, but a 15-0 run saw them down seven at the end of the first. The Aggies were able to out-score the Lady Buffs by one in the second quarter, but then were outscored 46-18 in the second half. CU shot just 32.1 percent from the field, going 4-20 from three and 6-10 from the foul line; they also turned it over 22 times resulting in 19 WT points. Hedge was the only Aggie in double-figures with 12 points on 4-8 shooting from the field. Stephanie Peterson added seven points, five boards, and a pair of steals while Whitney Outon chipped in six points and three steals of her own.

Cameron in the LSC Tournament:
The 2020 LSC Tournament will be the 15th appearance for the Aggie women’s basketball program, who is just 1-13 all-time in the league postseason. CU’s lone win came back in 2002 in the first round against Texas A&M-Kingsville before the fell to Midwestern State in the semis. Cameron’s last appearance in the LSC postseason was during the 2018 tournament, when they took the three seed A&M-Commerce to overtime thanks to a then career-high 29 points from Battese. CU would face the Lions in their first game at the Comerica Center in Frisco, Texas should the beat St. Mary’s.

About the Aggies:
Cameron concluded the regular season on a two-game losing skid, moving their overall record to 13-15 and their league mark to 12-10, which was good for a tie for eighth in the league standings. They rank as one of the top offensive teams in the conference, scoring 72.5 points per game while shooting 39 percent from the field, 34 percent from three, and 74 percent from the foul line. Their 9.5 three-point field goals per game is first in the conference and 12th in all of Division II. Defensively, CU averages 7.7 steals and 3.0 blocks per game while allowing 78.1 points to their opponents who are shooting 43 percent against them. Hedge leads the squad with her 19.9 points per game to go along with an average of 3.7 rebounds, 3.4 assists, and 1.0 steals per outing. Battese is closely behind with 15.7 ppg, making her 4.3 three-point field goals per game at a 40 percent clip. Additionally, Nwakamma averages a team-high 5.5 rebounds to go along with her 10.5 points, 1.7 assists, and 1.6 steals per contest.

Scouting the Rattlers:
St. Mary’s two losses to end the regular season dropped them to an even .500 at 13-13 overall and 12-10 in league play, tied with CU for eighth in the league standings. Offensively, the Rattlers average 66.3 points per game, shooting 39 percent from the field, while on the defensive end the give up just 64.2 points per game on a 38 percent clip to their opposition. Their 7.6 three-point field goals per game are knocked down at a 33.6 percent clip, and their 11.2 foul shots are made at a 71 percent clip. StMU also averages 8.3 steals and 2.9 blocks on the defensive end. Banks leads the squad with 17.0 points per game to go along with her average of 4.5 rebounds, 2.0 assists, and 1.0 steals each outing. The Rattlers 6-3 junior post Hannah Wilson averages a double-double (the only player in the LSC to do so), bringing in 11 points and 10.3 rebounds per game while shooting over 52 percent from the field and leading the squad with 1.2 blocks per outing.

Against StMU:
When Cameron and St. Mary’s met during the regular season, the Rattlers had the upper hand early, limiting CU to just three points in the first quarter. The Aggies bounced back with 19 points in the second frame, but still trailed by 12 at the half. Cameron dominated the third quarter, outscoring StMU 30-19, as a three-ball by Battese got them to within one-point heading into the third. CU went cold again in the fourth, making just four field goals and going 1-9 from three-point range as they fell 72-62 to the Rattlers. The Black and Gold tallied 11 steals and forced 19 turnovers in the first meeting against St. Mary’s, but was out-rebounded 44-36. Battese led the home team with 25 points, making eight triples, while Hedge added 19 points with three triples and was 4-4 from the free throw line; Michaela James had a team-high 13 rebounds and Nwakamma had five steals in the loss. Briley Perkins led the Rattlers with 20 points, while Wilson added 17 points (8-8 FG) and 18 boards and Banks chipped in 16 points

Who has next:
If the Aggies move on to the Lone Star Conference quarterfinals in Frisco, the top-seed A&M-Commerce Lions await them. CU went 0-2 against the Lions this season, losing the game at home by just five, and are 0-3 all-time in the postseason against their foes from Commerce.