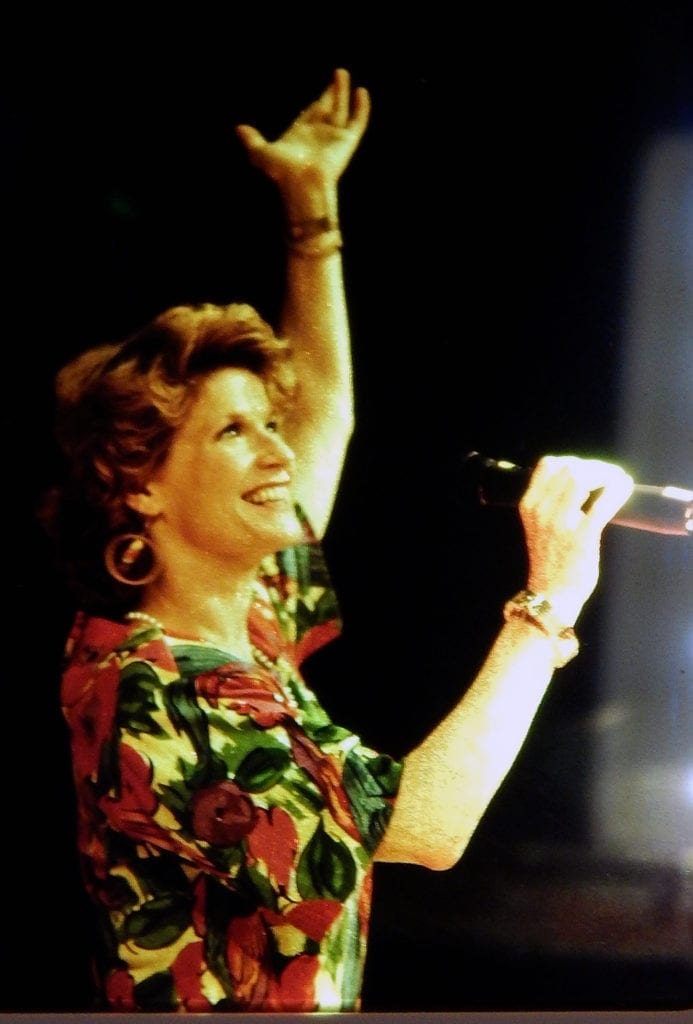 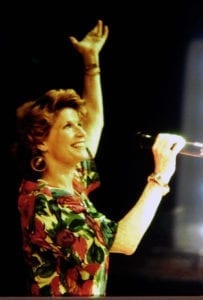 You’d think it would be easy to write about someone you knew for more than three decades and considered a friend. It is not. Candi, Candice Earley Nolan, passed away Jan. 31, 2019 at the age of 68. There are plenty of people around Lawton, Oklahoma, the place she considered her hometown, who knew her much longer. They actually got to see her grow up performing from a stage at Whittier Elementary School at age 8 (she played a Christmas package) to wearing the crown at the Miss Lawton Pageant. She was already a star on the TV daytime drama All My Children and had been in Hair and Jesus Christ Superstar on Broadway when we met.

I was the Styles Editor at the local newspaper for only a few weeks when she and her mom Jean Earley showed up one morning. They wanted to welcome me to town and they had a gift, a brass letter opener-and-scissors set from Massad’s. She’d had my initials engraved, so I couldn’t return it. I turned down a number of gifts while in that position, but that’s one I used and still have and treasure. Eventually, we became pretty good pals. I don’t know how many interviews we did. A lot. She was not only the hometown girl who landed a leading role on arguably the most popular soap on TV at the time and roles in Broadway musicals, but she returned from New York to Lawton often, (23 times one year, she said). She told me that she had racked up enough frequent-flier miles that she was able to treat her mom to a trip on the Concorde from New York to London where they had tea and came back the same day.

On those trips home she didn’t always just relax in her family’s Chimney Creek condo, at the west end of the Lawton Country Club golf course. As often as not, she worked. She performed at city festivals like Arts for All to standing room-only crowds and signed autographs for hours afterwards. She also was very supportive of the Bill Crawford Memorial Scholarship.

Side note here: Bill Crawford was the Arts Editor at the paper before I was and for almost as many years. Times were different then. Bill was at ground zero of many of the city’s arts organizations. He not only covered them, he helped create them. He also helped create the career of Candi Earley. He became a close and trusted friend of the family. In addition to his glowing reviews of Candi’s talents, he took her under his wing and guided her with his knowledge and contacts in New York. Their personas became so entwined it seemed appropriate that when a sculpture of Bill was commissioned after his passing that the work also feature Candi: Bill sits with pen and notepad, while Candi stands at his shoulder, microphone in hand. The bronze work by artist Lee Hamilton Barnhisel can be seen today in Shepler Square, site of the annual Arts for All Festival. Originally it was placed in the center median of Gore Boulevard, but foot traffic to see it up close and photograph it became a little too risky on the busy crosstown street.

Candi helped raise funds for the scholarship for years by bringing her Big Apple cabaret act to Lawton. It always sold out and a second show added. It too was a sellout. Funds raised went to help performing arts students at Cameron University in Lawton. Candi donated her time and expenses.

She also would make appearances at the Boys & Girls Club and schools, she emceed Miss Lawton Pageants, shopped Lawton stores, she was a regular blood donor at the Oklahoma Blood Institute in Lawton–she gave back to the community that had given her the skills to become so successful. It had been Lawton dance teachers, voice coaches, theater directors and pageants that trained her as a young girl.

Candi was also appreciated across the state. I caught her in Lyric Theatre of Oklahoma’s Woman of the Year in Oklahoma City and was on hand when she was named Ambassador of Goodwill at an Oklahoma Hall of Fame induction ceremony. She had fans so loyal that groups went to Dallas to see her star opposite Robert Goulet in a touring production of South Pacific.

While Candi would be back in Lawton on weekends visiting with lifelong friends and happily greeting strangers at Scott’s and the Parisian, it might have been hard to fathom how famous she was. At one point Candi was shooting AMC on ABC during the day and playing the lead role of Sandy in Grease on Broadway in the evenings. Stats show AMC had the “ninth-highest episode count among all television programs in the world.” Meanwhile, the original run of Grease set record performances at the time and garnered seven Tony Award nominations. I’m not sure how many covers of Soap Digest magazine she was on, at least four that I know. In 1980 she was even a contestant on the top-rated TV game show $20,000 Pyramid hosted by Dick Clark. Now collectors items for fans, Candi came out with records based on her AMC character Donna who sang in a nightclub, Songs from Le Chateau. 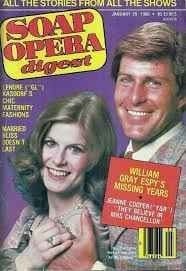 An Army brat (she was born at Fort Hood in Texas), she loved the time and town she grew up in, Lawton. In real life Candi collected almost as many last names as her TV character Donna. “I just don’t seem to be very good at marriage,” she once said. But finally she was. She met Bob Nolan on a flight (Where else?) and they hit it off. She had always planned to retire back in Lawton. I thought she would return and become director of Lawton Community Theatre. But Bob turned out to be the love of her life. Well off, he was part of his family business of oil, timber and more, based in El Dorado, Arkansas. After tying the knot she retired there and took on the roles of wife and stepmom, which she cherished for the next 27 years. She did return for a reunion show on AMC, but that was all. She still got to travel. She and Bob spent as much time as they could in Napa Valley and had R&R weekends at the Mansion on Turtle Creek in Dallas. An avid reader, she was quick to take up e-reading. Trying to convince me, a hard copy holdout, to get a e-reader she said, “It’s not as heavy as a book and easier to take with you.”

The last time I saw Candi, she had asked me to join her for lunch at “the Club” as she liked to call it. I was early, rare for me, and she was already seated. Two hours flew by, as it always did with her. I insisted on escorting her to her car and that’s when I realized that she had trouble walking. She chalked it up to years of tap dancing, but it was the beginning of the illness that would take her life, multiple system atrophy.

Sometime later, I contacted her after watching A Summer Place. She and I had a thing for movies and stars of that genre. We went on and on about favorites. One high on her list was Three Coins in the Fountain.

Losing Candice Earley closes an era for Lawton. At the festival later this spring, when we honor the arts, take a moment to go by the bronze sculpture. That time and Candi are memories worth hanging on to.

These thoughts are just that, from my head and from my heart. If I missed the mark on some fact, please help me correct it. Also, I invite readers, friends and fans to add your memories here. 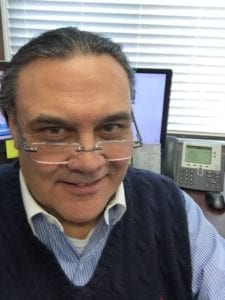 He has twice been named best Entertainment Writer in all of Oklahoma, north Texas and west Arkansas

by the Associated Press, top travel writer in the state by the Oklahoma Tourism Association,

and is a winner of the Governor’s Arts Award for Media. He currently works for

Choctaw Nation Communications and freelances in  the region.